An Intimate Wedding for Katie and Brad
Greensboro, North Carolina
Meet the Venue

The Gant-McAlister House is a prime example of the transition from Queen Anne to Colonial Revival style architecture. The house was built in 1915 for the Gant family, who lived there for 31 years, and then sold to the McAlister's in 1949. Dr. McAlister was a prominent Greensboro pediatrician and was involved in the rehabilitation of young men in and out of prison. The house was then given to First Presbyterian Church, and when it no longer suited their needs, it was saved and moved to 507 N Church St. by Ms. Anne Carlson.

The Dixon-Leftwich-Murphy House is one of three notable Gothic Revival-inspired designs in Greensboro. Nurseryman Martin C. Dixon built the house on a large parcel of land in the northernmost section of the city in 1875. The house sold in 1887 to Colonel A. H. Leftwich. In 1903 the house was purchased by T. J. and Annie Leftwich-Murphy. Murphy was twice mayor of Greensboro. In more recent years, the house has served as apartments, an antique shop, an office space, and now, a special event venue. 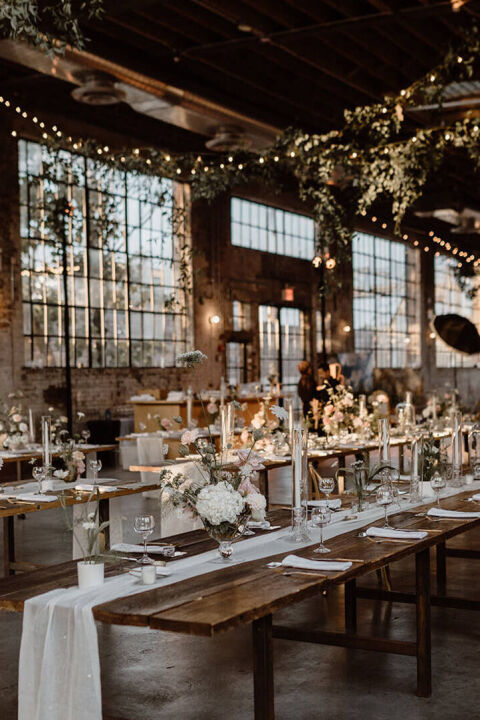